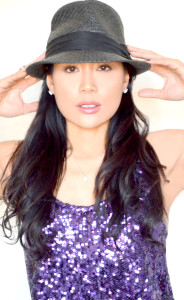 Music has always been an important element throughout Lady Cherelle’s life. She began playing piano and singing at a young age, and her life has been a continuous growth of musical experience. She has committed her life to the continuous study and performance of music in a multitude of endeavors. With a diverse background as a musical stage actress, music composer, classical concert pianist, lead singer, and vocalist, Lady Cherelle has always had the deepest passion and respect for music.

Lady Cherelle has dedicated 20 years to the craft of house music. Her passion for music is evident in her high-energy and dynamic approach to mixing, always surprising her audiences with ingenuity. Her contagious energy, genuine positive spirit, and unique ability to connect with the crowd has allowed her to build a great following across the globe. Lady Cherelle shares her ability to communicate the power of music with a clear and undeniable message for all to hear: FREEDOM.

DO WHAT YOU LOVE

Thousands of performances over the years exemplifies her dedication to art of music and passion for the art of DJing. Lady Cherelle began DJing in the Bay Area in the 1990s and is currently based in New York City. Previously, she had the longest running house music night in Gainesville, Florida at the 2nd Street SPEAKEASY (14 years), along with countless long-term residencies and events. Since relocating to New York City almost 3 years ago, she has been a dominating force in the house music scene and has performed at top venues such as Cielo, Output, TBA and many more. In 2015, she was officially added to the SOUP NYC roster, a major collective of artists in the New York City house music scene.

Her first release as a producer was with Selekta Recordings in 2009 with her album “Living in Rhythm”, followed by her downtempo release “Slide Down” in 2011. This May, she represented SOUP in Europe headlining gigs in Spain with phenomenal success. Her latest release on Republic Music NYC “Affaire de Coeur” in October 2016 is now available on Beatport, Traxsource and other electronic music sites, as well as on Spotify. She is currently working on producing a new EP for future release on SOUP’s music label. Keep an eye out for more releases and local and international gigs in the coming year.

LOVE WHAT YOU DO

Music is a language that Lady Cherelle understands and she truly believes in its power to bring people together. And her love for music is evident in everything she does. For her, it is first and foremost about the music and the wonderful relationships that are built through it. Music has taught her to share her positive energy with as many people as possible.
“Music has no borders, everyone is welcome to listen and to love. Music is a freedom that can be experienced no matter who you are or where you come from. It is the kindred beat that unites all of humanity- it lives in each and every one of us.”